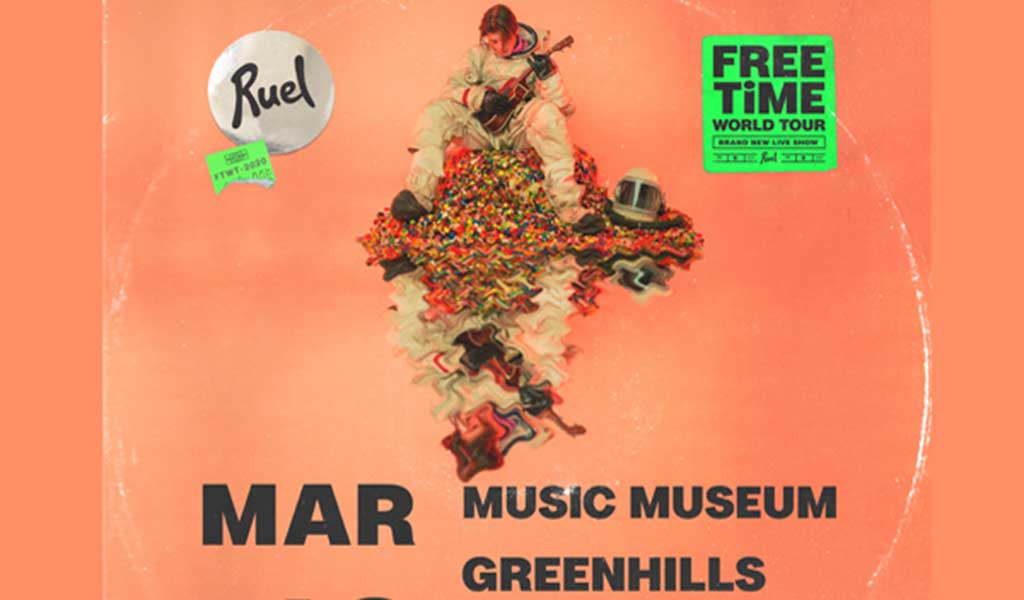 will be held at the Music Museum Greenhills on Thursday, March 12, 2020. Presented by Wilbros Live

The FREE TIME EP has already gathered over 100 million streams adding to 300+ million streams of his debut READY EP. This latest body of work is the next step in the evolution of an artist who began playing guitar and writing songs at only 8 years of age. It demonstrates Ruel’s maturity as a songwriter able take on any genre and unsatisfied staying in the lanes of Pop and RnB.

FREE TIME follows the release of Ruel’s debut READY EP, which earned him Multi-Platinum and Gold status with singles ‘Dazed & Confused’, ‘Younger’ and ‘Don’t Tell Me’, leading to Ruel becoming the youngest recipient in history to win the prestigious ARIA Award for Breakthrough Artist of The Year.