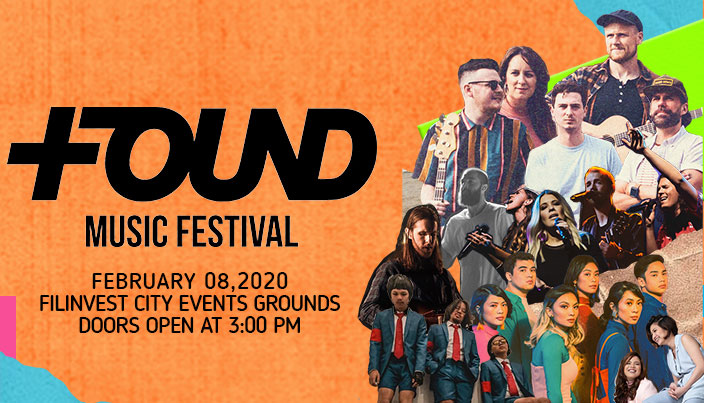 FOUND is coming back this February 08, 2020 and is heading south for its second music festival. To be held at Filinvest City Events Grounds, FOUND’s year 2 will feature Christian folk rock band Rend Collective and worship group Citipointe Live, together with local acts such as IV of Spades, The Ransom Collective, and Leanne and Naara.

ABOUT FOUND
The experience of watching your favorite artists perform right in front of you is what makes music festivals popular around the world. In the Philippines, music festivals cover nearly every genre ranging from EDM, rock, pop, alternative indie, and are patronized by its core market: The Filipino youth.

But a largely evangelical industry, producing various Christian music festivals, has also created its own parallel world. Just this year, FOUND held its first festival last February 09, 2019 at Circuit Makati Concert Grounds. Headlined by pop duo For King & Country, the first ever FOUND Music Festival was well-attended by families, music and art enthusiast, young organization leaders, and students from different universities across the metro. Fans and new listeners alike stormed in the concert grounds making the first FOUND Music Festival a success with a whopping 3,000 attendees.

In essence, FOUND aims to be known as a non-denominational and highly experiential movement that seeks to inspire, engage, and motivate. While the festival’s immediate audience includes members of Christian organizations, it also serves as a platform for secular entities to appreciate music and art