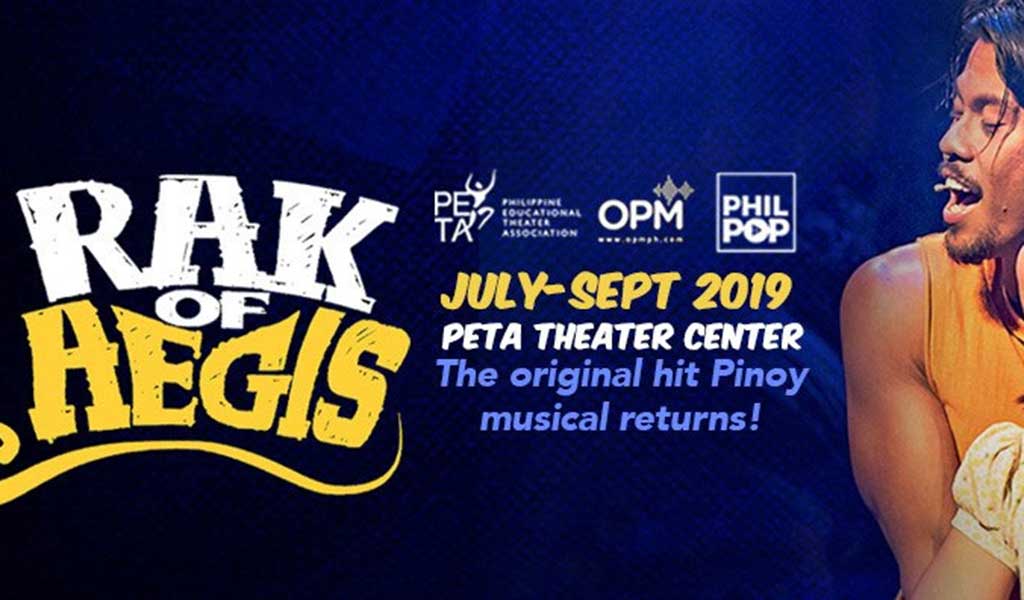 Since the show opened in 2014, Rak of Aegis has taken Manila, figuratively and literally, by storm! The original Pinoy musical brought one of the greatest OPM icons, The Aegis Band, to the spotlight by featuring their powerful hits and karaoke favorites “Halik,” “Sinta,” “Basang Basa sa Ulan,” and more.

Rak of Aegis was also one of the first Filipino productions which ushered in the trend of jukebox musicals, giving birth to a newfound appreciation for theater and original Pinoy music that crosses all boundaries of social class and age. Today, Rak of Aegis is the longest-running original Pinoy musical in contemporary Philippine theater.

PETA will also soon reveal the new OPM cast members which will for sure add another layer of excitement to the ever-growing Barangay Venezia!