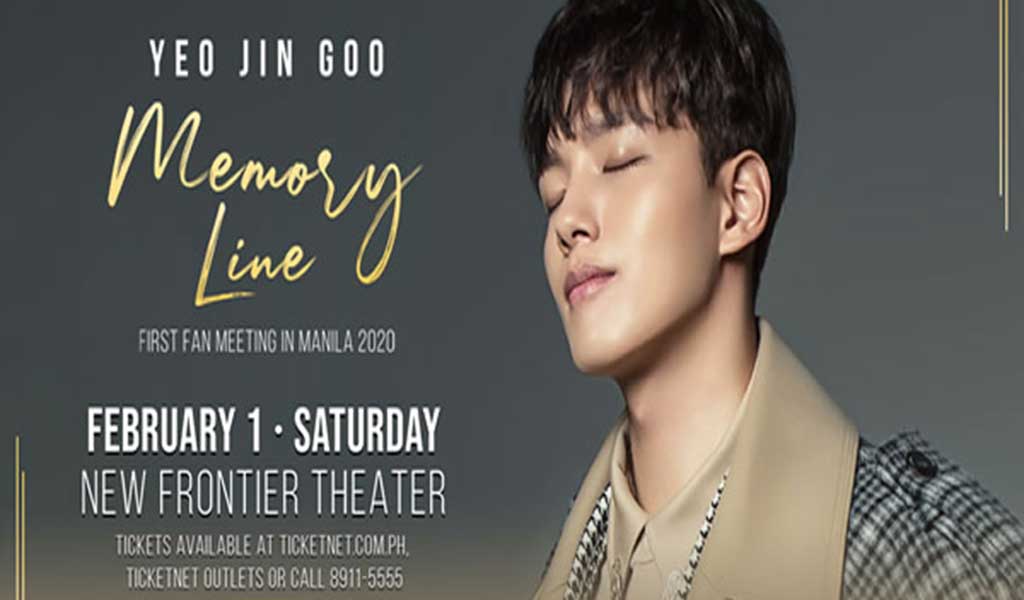 Korean actor Yeo Jin Goo will be coming to Manila for the first time and will be staging his first fan meeting tour, Memory Line. The multi-awarded actor is excited to meet his local fans and create memories with them on Saturday, February 1, 2020 at the New Frontier Theater.

Fresh from the huge success of his latest television series, Hotel del Luna – currently airing on Abs-Cbn and is one of the highest rated Korean drama in cable television history, Yeo Jin Goo wants to thank his supporters and share valuable memories with them who have been with him through the years.

Yeo started as a child actor and his very first television drama appearances was in 2006 with I Want To Love. In 2008, the child actor appeared in the dramas Iljimae and Tazza, which he portrayed the younger versions of the lead characters. He won Best Child Actor for both series in the SBS Drama Awards.

He gained popularity through the period drama Moon Embracing the Sun, where he played the role of the young prince. Yeo also played the titular role in the 2013 movie Hwaji: The Monster Boy and his first leading role in a TV drama via Orange Marmalade that aired in 2015. In 2017, he starred in dramas Circle and Reunited Worlds and in the film Warriors of the Dawn.

2019 is surely an excellent year for the actor as he starred in three dramas of different genres, showcasing his versatility. He portrayed dual roles in The Crowned Clown, the romantic sci-fi drama My Absolute Boyfriend, and the fantasy drama Hotel del Luna.