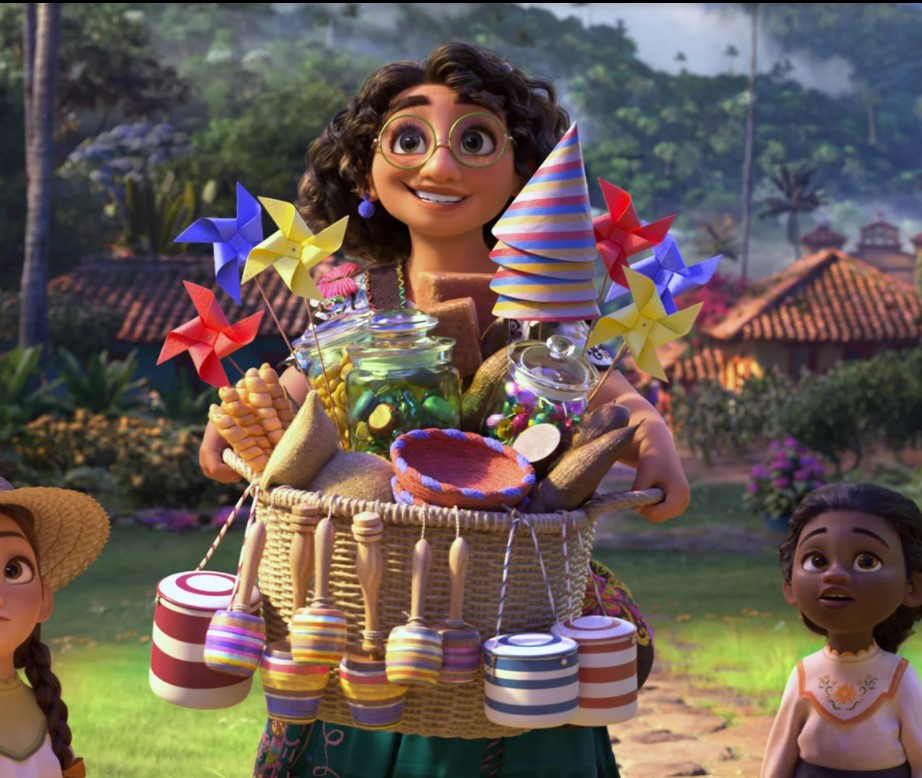 Like magic, Disney's "Encanto" soundtrack produces another U.K. No. 1 and grabs a slice of chart history.

“We Don’t Talk About Bruno” (via Walt Disney) enters a third week at No. 1 on the Official U.K. Singles Chart, while another two album tracks impact the Top 10: “Surface Pressure” by Jessica Darrow (holding at No. 4) and “The Family Madrigal” (up 11-7).

With that result, Encanto is the first animated film soundtrack in U.K. chart history to simultaneously chart three songs in the Top 10. The collection already made history when “Bruno” became the first original Disney number to lead the chart.

With “Bruno” extending its lead, Fireboy DML and Ed Sheeran’s “Peru” (Island/YBNL Nation/Empire) holds at No. 2, and Gayle’s “abcdefu” (Atlantic) is unmoved at No. 3.

Further down the list, there are new peaks for Lost Frequencies and Calum Scott’s “Where Are You Now” (Insanity), up 7-5; D-Block Europe and Central Cee’s “Overseas” (D-Block Europe), up 8-6; Irish DJ act Belters Only’s “Make Me Feel Good” (Polydor) featuring Jazzy, up 13-9; and Australian producer Luude’s dance remix of Men At Work’s “Down Under” (Sweat It Out), featuring Colin Hay, up 16-10. It’s the second U.K. Top 10 single for Hays, the former Men At Work singer, following the original cut of “Down Under” which hit No. 1 back in 1983.

Like magic, Disney's "Encanto" soundtrack produces another U.K. No. 1 and grabs a slice...

When Christmas Comes Around