A lot has been said and done. 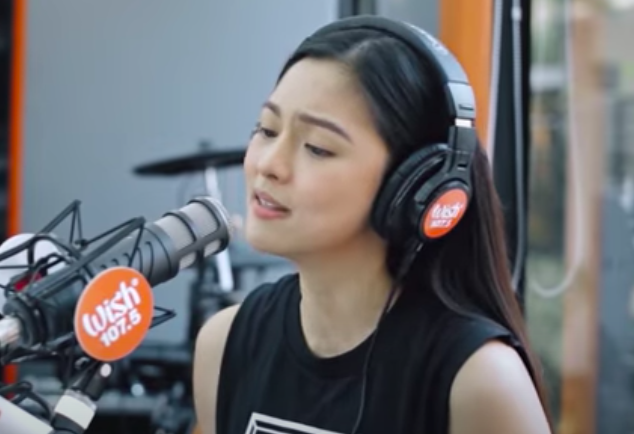 Kim Chiu’s recent appearance and performance of “Bawal Lumabas” on FM radio station Wish 107.5’s Wish Bus seemed to become another avenue for haters to do what they are good at — spread negativity.

The performance video, uploaded by Wish on their YouTube channel, has been the top trending entry on the YouTube with 3.5 million views in 24 hours. The massive number of viewers, however, includes ‘trolls’ based on the number of thumbs down on the YouTube post at over 480,000 with plenty of flak in the comments section.

This has caught the attention of some musicians which led them to airing their thoughts via their personal social media accounts defending Kim.

Gec Pobre said in a Facebook post he thinks “people are just bitter because Kim has something these haters will never have.”

It wasn’t just the ‘trolls’ whom he referred to but other artists saying the actress does not deserve to perform on Wish.

Six Part Invention’s Rey Cantong pointed out that regardless of the genre and the quality of an artist’s content, it’s the audience who have the final say.

“1M views bruh. 1 million and counting. One thing everyone should know about Social Media... views matter,” he said when the video hit such number of views after 7 hours.

“Your likes or dislikes? Not so much. It's all about the virality of content. I may not like what that song is about... but content-wise in a SocMed perspective... it's genius,” Alcantara added.

Montero Edixon, known better as Kritiko, also shared his thoughts on the issue as he posted the link to the video.

Also sharing the Kim’s performance video, Brisom’s Brian Sombrero told the Chinuta Princess in his Facebook post: “I still LOVE THIS SONG and all the versions of it! Keep on going Kim Chiu, don’t mind them haters, it’s their happiness to hate, let’s give them that."

“There’s really no place for bullying,” he added.

For his part, Adrian Crisanto, who wrote and worked along with Kim and DJ Squammy Beats for the song, came to defend her and the song.

“If you don't like it, I get it. Not everyone likes it anyway. But we did not murder OPM because of this song. Napakatindi naman po ng galit at poot na yan para masambit nyo yan,” he added.

While a lot of things have been said and done, Kim, on the other hand, still manages to find the positive and celebrate the song's success.