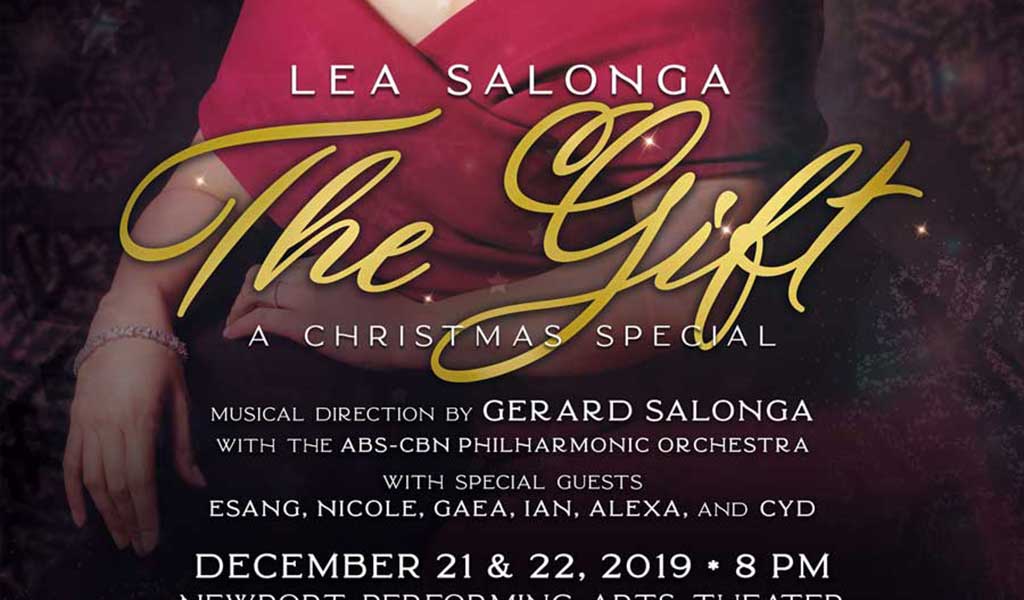 Celebrate the Christmas season with world-class entertainment as Lea Salonga, one of the country’s premier theater actresses, performs in The Gift, A Christmas Special on December 21 and 22, 2019 at the Newport Performing Arts Theater, Pasay City.

Special guests Esang De Torres, Gaea Salipot, Alexa Salcedo and other finalists from The Voice Kids, a hit TV singing competition where Salonga is a judge, will be joining her onstage.

Additionally, the ABS-CBN Philharmonic Orchestra under the musical direction of Maestro Gerard Salonga will be the musical accompaniment for the evening.

Lea Salonga began her career in 1980 in Annie where she played the titular lead character. She would later originate the role of Kim in Miss Saigon in the West End and Broadway productions of the musical with critically-acclaimed performances.

Throughout the years, Salonga played memorable roles in other well-loved productions such as Les Miserables, CATS, Allegiance, and most recently, Sweeney Todd: The Demon Barber of Fleet Street.

Apart from her ventures in the theater scene, she also engaged in film and television. She was the voice behind Disney Princess characters Jasmine and Mulan in their animated movies.

Further, her singing prowess and knowledge in the industry have led her to be chosen as a judge for various TV singing competitions such as The Voice Philippines, The Voice Teens and The Voice Kids where she also mentored aspiring singers.